Research of the Week

Gene drives—genetic engineering that the recipients pass along
to all their offspring—now
work in mammals.

Facial
recognition is being used to fight illegal chimp trading.

Asking patients to
draw their illness.

How pigs made it to Okinawa.

Ten wellness leaders (including yours truly)
gave their opinion on the best snack to curb cravings.

Paleo Magazine’s annual “Best of” contest is on, and
it’s
time to vote for your favorite [enter paleo-themed thing here].
There are some good selections in the Best Paleo Cookbook, New
Product, Food Company, Lifestyle Company, Nut-Based Bar, and
Paleo-Related Story sections.

Big data changed the way basketball is played in the NBA, and

Carmelo Anthony is its most notable victim.

Seed sovereignty for small farmers and local varieties
passes in the U.N.

Did a planet crashing into Earth
seed us with the ingredients for life?

Horrible bullying from this elephant. Toxic.

Article I found interesting: After getting a taste of freedom
abroad,
kids who move back to the U.S struggle with overparenting.

Something I always considered but never followed up with:

Homeschooled kids tend to be better-educated and more tolerant, and
homeschooling is on the rise.

Deal I’m happy to share: Trying to prep for the Big Game? Want
something everyone will love, Primal or not? Just really, really
love wings?
Sign up for a membership at Butcher Box and
get three pounds of organic chicken wings added free to every
order for life. Get your orders in by 1/28 to ensure your
wings arrive in time for the game.

What do you think of homeschooling? Tried it, experienced it,
for it, against it?

“Hey Mark,
I assume your referencing the article regarding a supposed link
between skipping breakfast and increased risk of diabetes due to
how absurd it is?
Just checking, because otherwise my whole fasted morning routine
from the last few years now seems that it could be my undoing.
Cheers!”

– I’d love to respond in full, Josh,
but sadly I skipped breakfast and now I’m in an ambulance headed
to emergency. 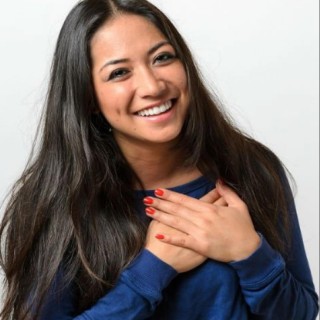 Vanquish is a one-of-a-kind fat reduction system that works by effectively heating and killing stubborn fat cells in the waist and stomach area. Using radio frequency, Vanquish heats the fat cells to 120 degrees and destroys them without harming the skin or surrounding tissue. During the procedure, the system is suspended above the body so that it does not touch the patient’s skin.